THE WATER ENERGIES OF THE MONASTERY OF NEPOMUK. 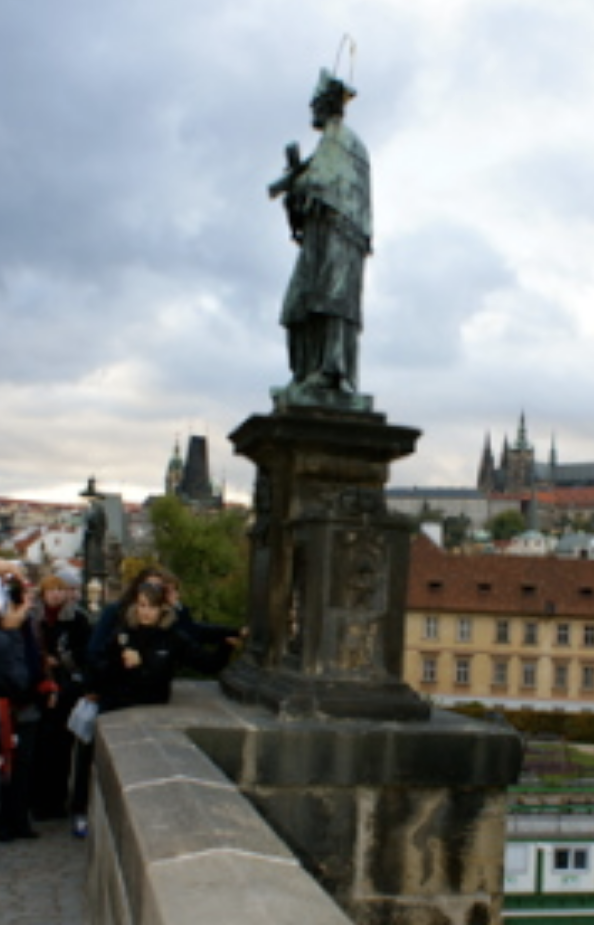 NEPOMUK is a small town in Bohemia, the Western part of the Czech Republic. Its most famous resident was John Wolfin, who was taught as a boy in the 1350’s by the monks at Klaster Monastery, Nepomuk.
He became  St John of Nepomuk, the Patron Saint of Bohemia and the Saint against flooding, or what we call today‘s Climate Change.

St John‘s statue on Charles Bridge in Prague is touched by thousands every day for luck. His picture is on all our products with the 5 stars that appeared above him, connecting us to the very energy of the Universe. This 5 star luck and positive energy memory is passed on to you to spray and change the
climate aura around you and in the world for the better.